The memory quilt took a backseat last week while I was busy preparing for my little man’s 1st birthday bash which took place on Saturday.

The first thing I made was a timeline of his first 12 (well, 11, actually) months. 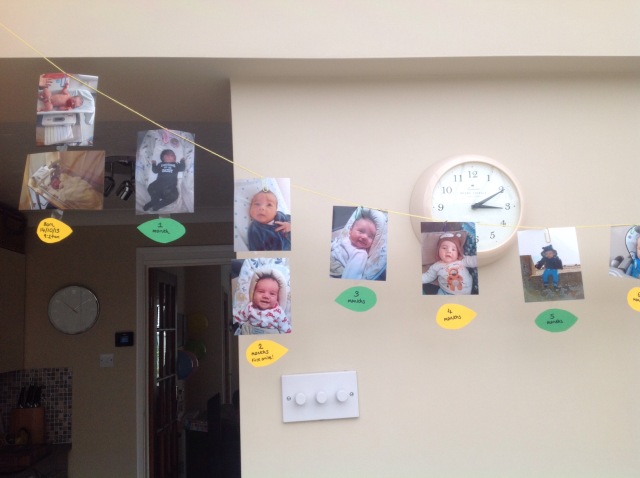 Despite trying to be as organised as I could, and baking the birthday cake on the Thursday night, Friday night still passed in a blur of baking and decorating cakes. I’d bought some rice paper cake toppers with jungle animals on. We had a jungle theme as that’s the theme in his nursery. I’d thought it’d be really quick to whip up and ice 24 fairy cakes. Which it would’ve been, if I hadn’t had to cook dinner (courgette lasagne), turn my sponge from Thursday into two sponges sandwiched with jam and buttercream, ice and decorate it.

Anyway, at 10:30pm, with lots of help from my husband, we’d managed to get the royal icing on the cake, add the (pre-bought) decorations and write the little man’s name on it. I had been hoping to make my own fondant icing and cut it into letters, but had to abandon that due to lack of time. Bit rough and ready, here it is. 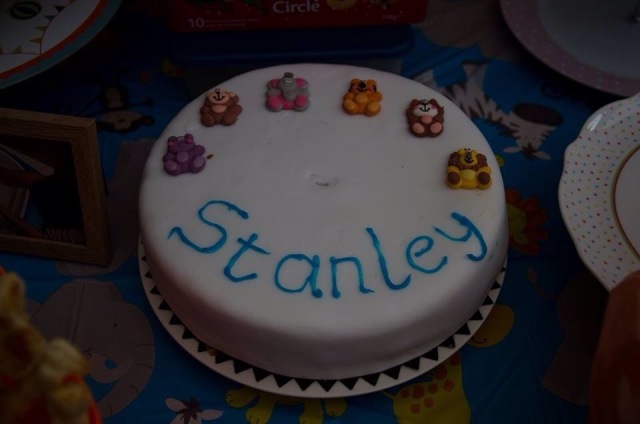 It tasted quite nice and didn’t cost anything as I had all the ingredients already.

I put up the bunting I made for his christening out of an old duvet cover.

And today, his actual birthday, he received a lovely handmade gift from my friend, Emily who has just started blogging here. It’s a crocheted blanket. Which he took an instant shine to, and so the best photo I got was this. 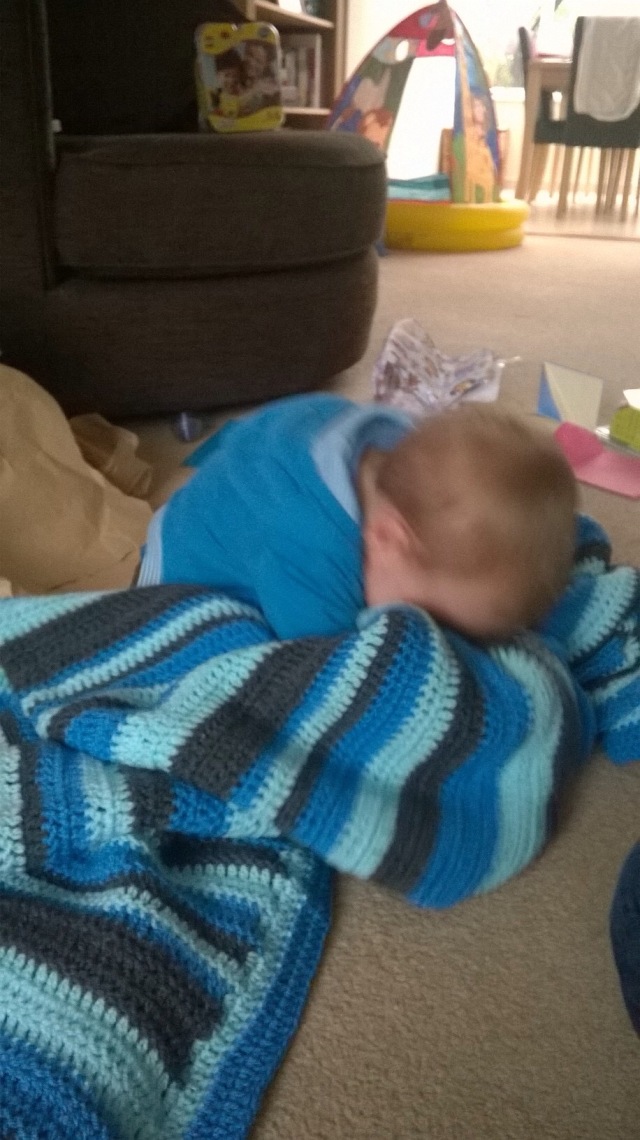 Very disappointingly, the Waybuloo card I made in the hope of it being read on CBeebies, did not appear on the TV. Must up my game next year, or at least send it in within the timeframe next time.

Anyway, despite the card putting a slight dampner on things for me, the little man himself has enjoyed a lovely few days of festivities. And that’s what matters.